This ethnic haul was done some time ago and forgot to share with you all. It was an event that happened in CP New Delhi called Puraani Delhi ka khaana…..yum!! I must say the event was very nicely organized even after being a no-fee-for-entry one. The cleanliness was properly considered which I liked the most. There were live performances too. So let me jump now directly to the stuff I got from there.

Here’s the first one:  Black Golden Potli Clutch
I was eyeing a potli sort of clutch that can go with my heavy sarees esp in golden tone. And when I saw this I knew I got to buy it! 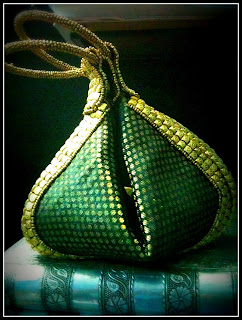 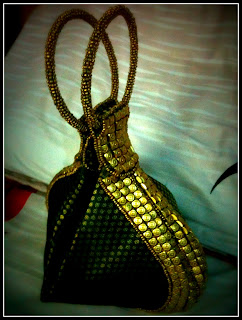 The most awesome stuff we had was jalebis….all with a sweet tooth would understand the power of those sweet-juice-filled-round-pipes. They were out of the world, damn crispy and sweet.

Next is bangles in pretty blue. 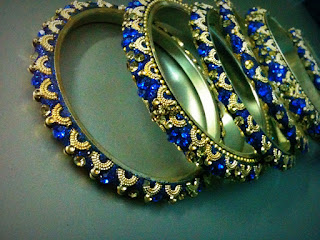 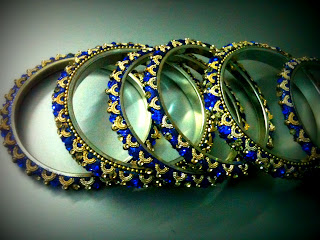 Last thing I picked up was a casual bangle bracelet. Something in it attracted me so much so that after leaving it once I came back to grab it. May be the smoothness, or the shine, or the design….or maybe everything.  ;) 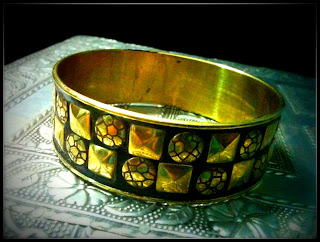 All in all a fundoo Saturday evening with whole family at the good old CP. It happens to be one of my favorites places in the capital. Hope u guys liked what I pick.

Which is your favorite place in the city?
Cheers,
Tara
Posted by Unknown at 9:37 PM 6 comments: